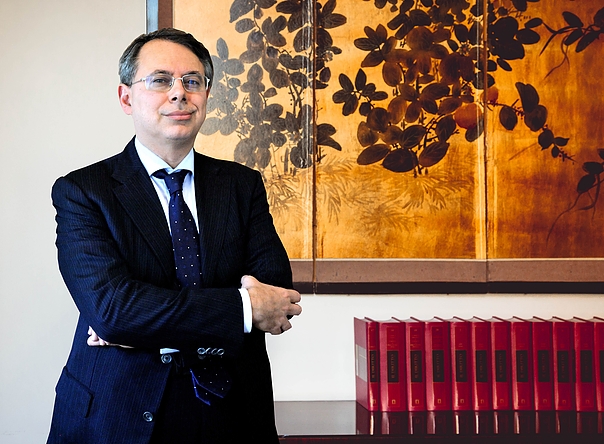 Cesare Galli is a lawyer and Chair of Intellectual Property Law at the University of Parma. Since 2002 he has been listed in international specialized guides as one of the leading Italian experts in the protection of intellectual property.

His professional experience includes important litigation, both in Italy and abroad, relating to all aspects of Intellectual Property Law, in particular trademarks, domain names, patents, designs, PDOs and PGIs. He has often handled international and cross-border matters.

He has advised and assisted clients in the most important IP Italian cases in the last 25 years. In 1999 he obtained the first Italian ruling in the field of biotech patents, in 2004 the first Italian ruling on the validity of a computer implemented invention patent, and between 2005 and 2012 some of the most innovative and progressive measures for the protection of trade secrets and well-known trademarks in particular against look-alikes, including a ruling of the European Court of Justice, which forced the Italian Government to protect the industrial design works more effectively. He is the author of an impressive number of publications on all aspects of intellectual property. He has edited the largest commentary (4000 pages) on all national and Community IP Law provisions (GALLI-GAMBINO, “Codice Commentato della Proprietà Industriale e Intellettuale”, Torino, UTET-Wolters Kluwer, 2011). Since 2004, he has been a member of the group of experts appointed by the Italian Parliament and Government to draft the reform of IP Law, which includes the implementation in Italy of Community Directive no. 2004/48/EC and the 2010 reform of the Italian IP Code. He is currently the Legal Expert of CNAC – National Council on Anti-Counterfeit, a member of the European Counterfeiting and Piracy Observatory launched within DG Markt of the European Commission, and he also works on a  permanent basis with INDICAM, Confindustria, AIPPI and AmCham on IP issues.

ADMISSIONS
Admission to Court of Milan bar (1989);
Barrister of the Italian Supreme Court of Cassation (2001).